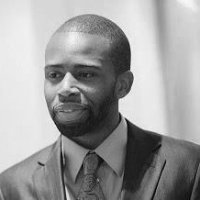 Raised in Augusta, Georgia, Ian Bridgeforth’s interest in politics was sparked at Georgia College & State University during an internship with former Congressman John Barrow. After graduating with a degree in Mass Communication with concentrations in Broadcast & Electronic Media and Public Relations, he went on to work at the award-winning Cookerly PR in Atlanta, Georgia.

Prior to trying his hand at entrepreneurship, Ian worked in the nonprofit industry and in local politics in New York City. He was inspired to create Georgia Shift when he moved back to Georgia and saw a significant disconnect between political campaigns/organizations and young voters. Ian saw a need to empower young people to make change in the state.

“Georgia has one of the largest populations of young people in the entire country. We have the fourth largest public university system in the country, and a majority of students in that system are young people, ages 18 to 24. You also have to factor in community colleges, private colleges, and non-college youth,” Ian explains. “There is a real opportunity to empower young people and give them a voice for their issues, but it’s not happening in a consistent, comprehensive way.”

Through Georgia Shift, his goal is to give young people across the state a platform and voice for their issues. Ian strives to show them that they don’t have to wait on anyone or get permission to become active in their communities.

“Whether it be issue advocacy or running for office, young people have the power to make change right now. I want to empower them to do that through training and being a supportive infrastructure for them, long-term.”

Ian believes an organization such as Georgia Shift is important because it gives a critical part of our electorate a voice and platform to advocate for their issues. It gives them the power to take control and fight for what they believe in.

He says: “This will not only give us a more informed public, but hopefully build a new generation of leaders who will make change wherever their paths lead them.”

Ian is a 2015 alumnus of the New Leaders Council (Augusta Chapter) and is currently pursuing his M.A. in Design Management from the Savannah College of Art & Design.