Augusta, GA — Georgia Shift, a 501(c)3 non-profit based in Augusta, is excited to announce that their Get Out the Vote (GOTV) operations has led to a 379% increase in 18 – 34 year old (youth voter) turnout, compared to the same period in 2014. Over 1,600 young voters in the area have cast their ballots compared to 335 young voters in 2014, according data from the Georgia Secretary of State’s office as of October 29.

Georgia Shift’s grassroots efforts are focused on mobilizing young voters in Augusta who typically have been left out of the political process. The organization has knocked on 10,000 doors, distributed over 10,000 voter guides, and sent over 25,000 text messages. It has deliberately targeted the youngest voters, ages 18 – 24, resulting in an 800% increase in turnout compared to 2014.

Ian Bridgeforth, Founder and Executive Director of Georgia Shift, stated “It is incredible to see the impact our work has had during the early voting period. The 800% increase in 18 to 24 year old turnout is the largest increase in voter turnout among all age groups. These facts are evidence that young people will turn out to vote when you actually make an effort to talk to them and the issues they care about. This information should dispel any notions that young people do not care about this election. They are fired up and ready to vote.”

Georgia Shift will continue to turn out youth voters through the end of early voting and Election Day. 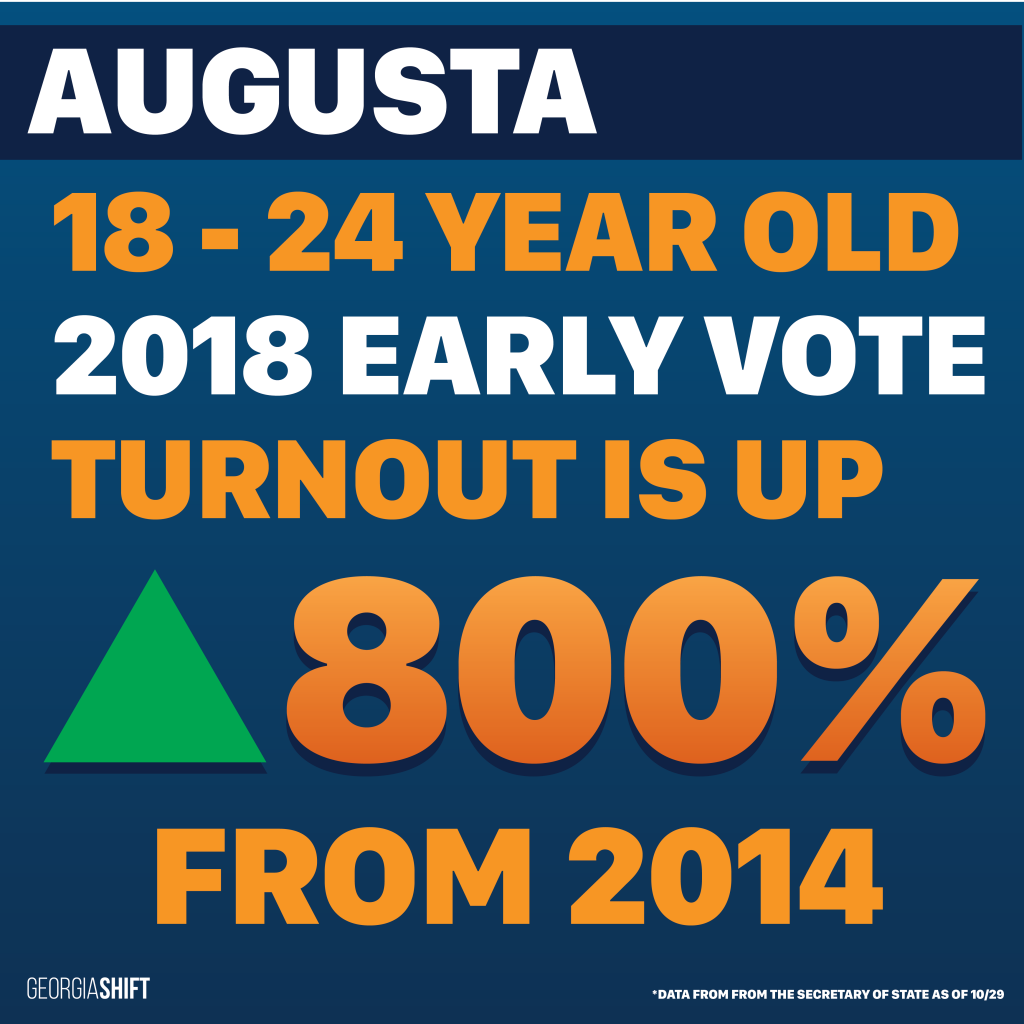 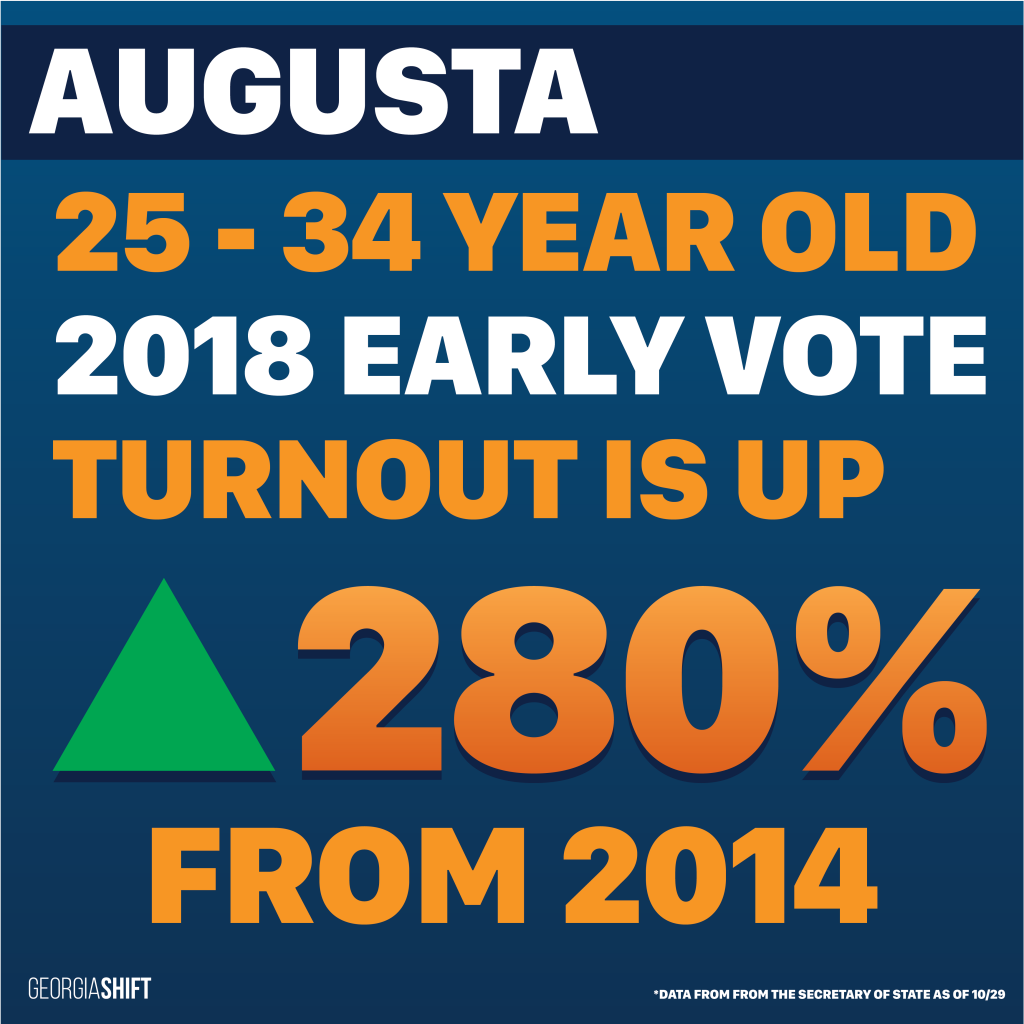 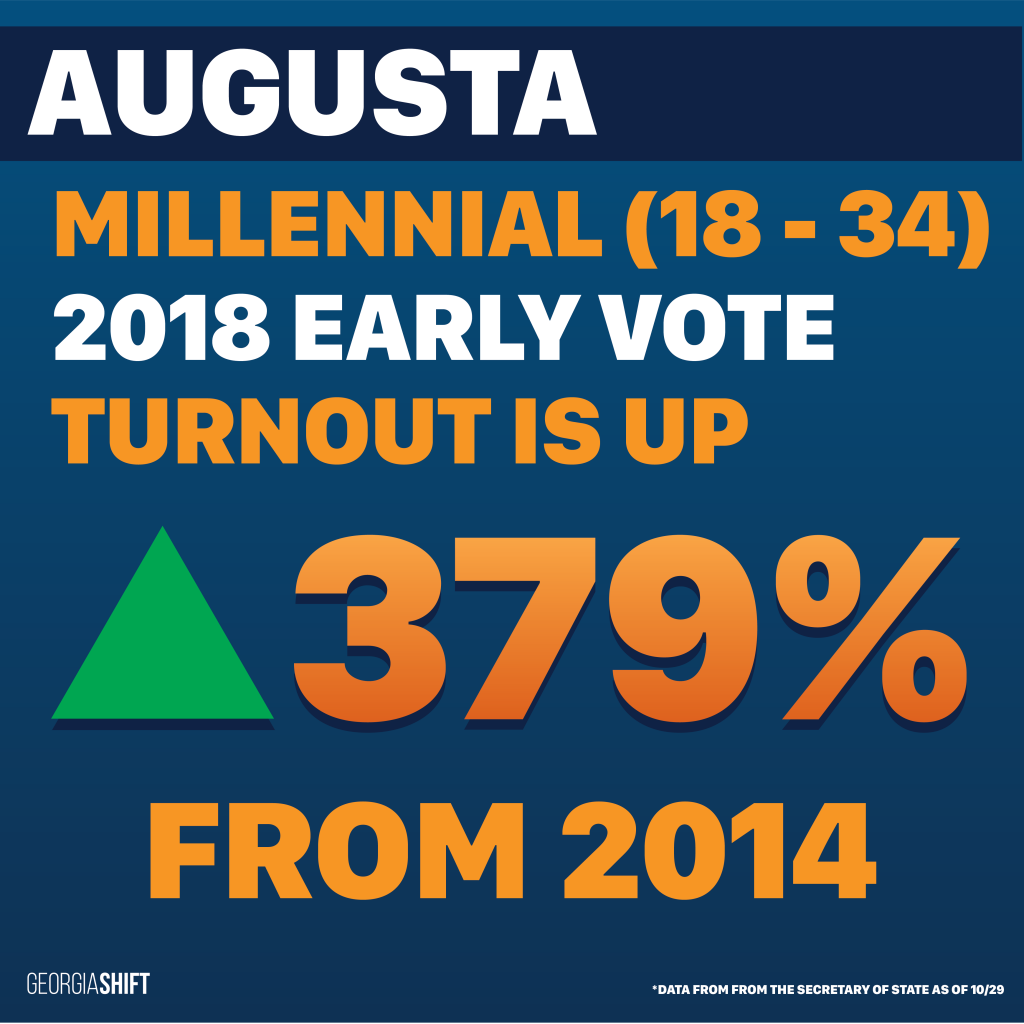